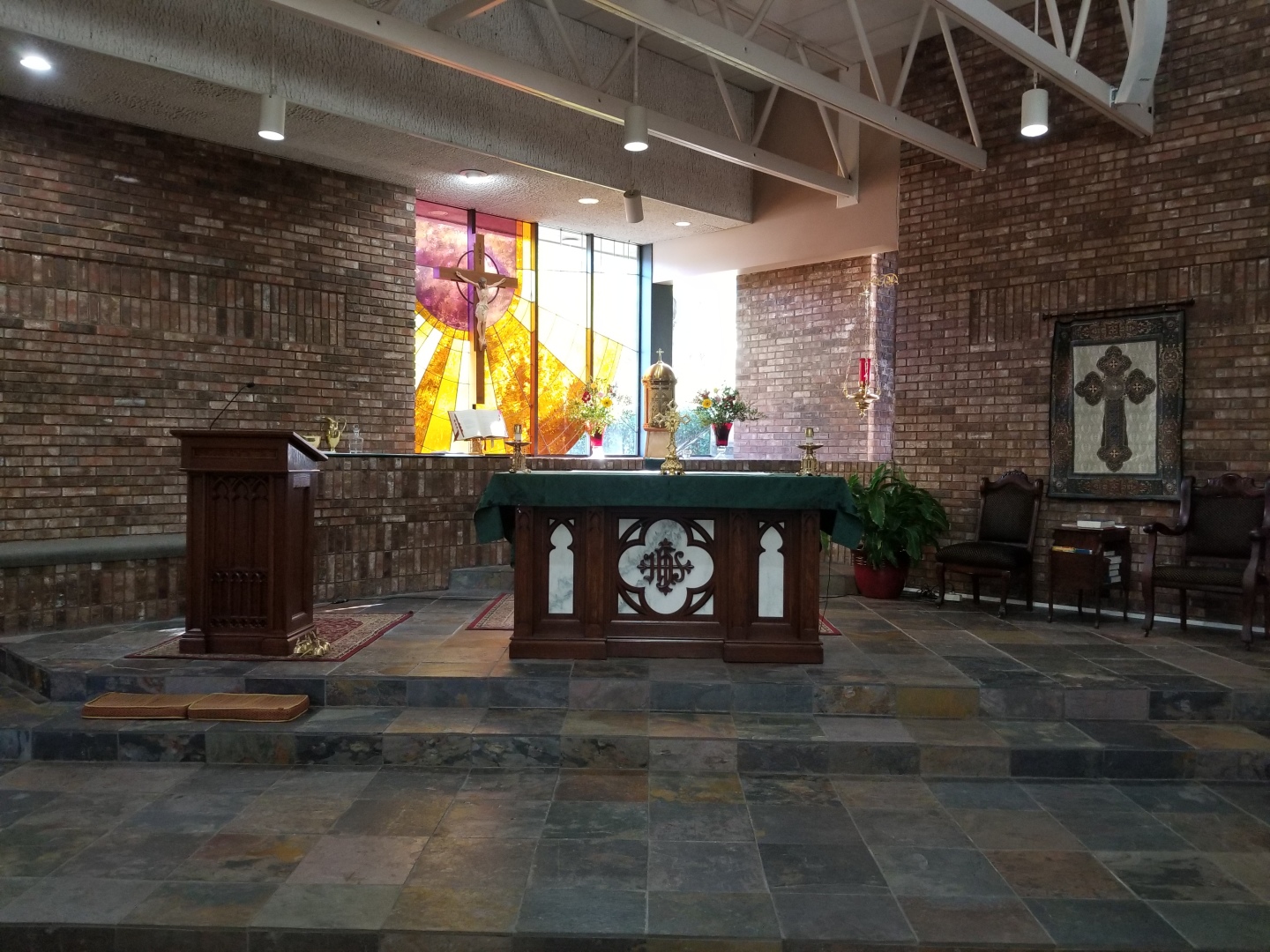 Are the principals of Charity, Unity, Fraternity and Patriotism important to you? Do you want to make a difference in your parish and community? Consider joining the Brotherhood of the Knights of Columbus. Find a Knight, be a Knight!

Growth of the Knights of Columbus

On Oct. 2, 1881, a group of men met in the basement of St. Mary’s Church on Hillhouse Avenue in New Haven. Called together by their 29-year-old parish priest, Father Michael J. McGivney, these men formed a fraternal society that would one day become the world’s largest Catholic family fraternal service organization.

They sought strength in solidarity, and security through unity of purpose and devotion to a holy cause: they vowed to be defenders of their country, their families and their faith.

These men were bound together by the ideal of Christopher Columbus, the discoverer of the Americas, the one whose hand brought Christianity to the New World. Their efforts came to fruition with the incorporation of the Knights of Columbus on March 29, 1882.

They were Knights of Columbus.

The Order has been called "the strong right arm of the Church," and has been praised by popes, presidents and other world leaders, for support of the Church, programs of evangelization and Catholic education, civic involvement and aid to those in need. 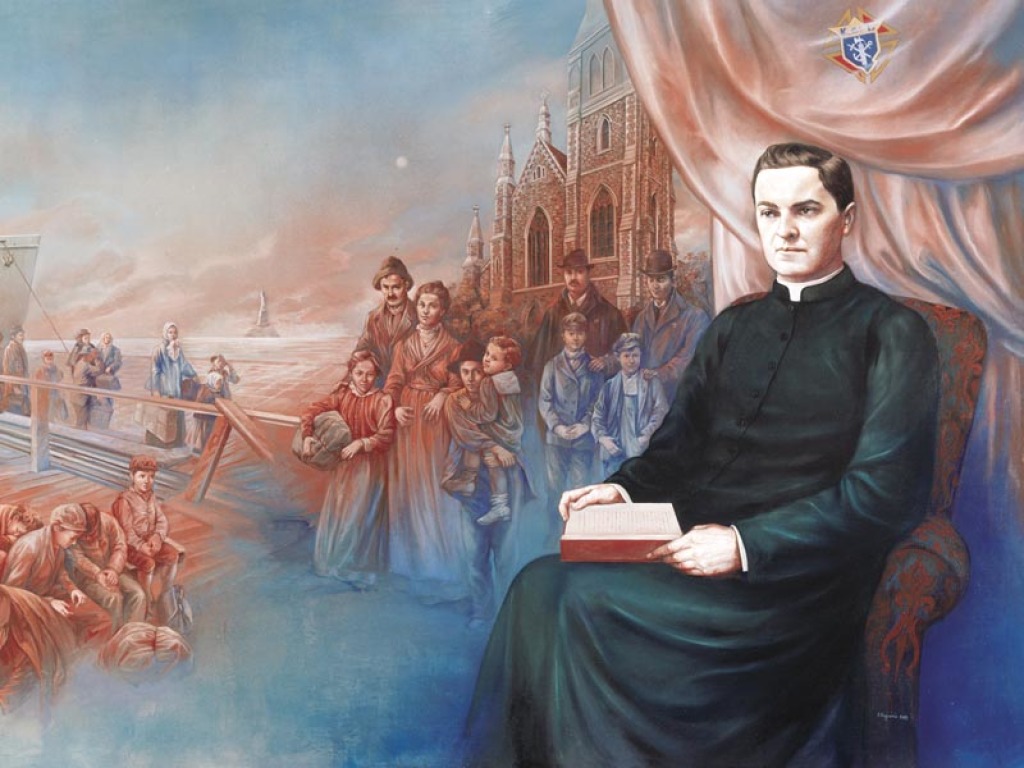 Thanks to the efforts of Father Michael J. McGivney, assistant pastor of St. Mary’s Church in New Haven and some of his parishioners, the Connecticut state legislature on March 29, 1882, officially chartered the Knights of Columbus as a fraternal benefit society. The Order is still true to its founding principles of charity, unity and fraternity. The Knights was formed to render financial aid to members and their families. Mutual aid and assistance are offered to sick, disabled and needy members and their families. Social and intellectual fellowship is promoted among members and their families through educational, charitable, religious, social welfare, war relief and public relief works. The history of the Order shows how the foresight of Father Michael J. McGivney, whose cause for sainthood is being investigated by the Vatican, brought about what has become the world's foremost Catholic fraternal benefit society. The Order has helped families obtain economic security and stability through its life insurance, annuity and long-term care programs, and has contributed time and energy worldwide to service in communities. The Knights of Columbus has grown from several members in one council to more than 14,000 councils and 1.8 million members throughout the United States, Canada, the Philippines, Mexico, Poland, the Dominican Republic, Puerto Rico, Panama, the Bahamas, the Virgin Islands, Cuba, Guatemala, Guam and Saipan.

All the good works we do are informed by our four core principles:

Our Catholic faith teaches us to “Love thy neighbor as thyself.” Members of the Knights of Columbus show love for their neighbors by conducting food drives and donating the food to local soup kitchens and food pantries, by volunteering at Special Olympics, and by supporting, both spiritually and materially, mothers who choose life for their babies. Knights recognize that our mission, and our faith in God, compels us to action. There is no better way to experience love and compassion than by helping those in need, a call we answer every day.

None of us is as good as all of us. Members of the Knights of Columbus all know that – together – we can accomplish far more than any of us could individually. So we stick together…we support one another. That doesn’t mean that we always agree or that there is never a difference of opinion. It does mean that – as a Knight of Columbus – you can count on the support and encouragement of your brother Knights as you work to make life better in your parish and community.

The Venerable Michael J. McGivney founded the Knights of Columbus, in large part, to provide assistance to the widows and children left behind when the family breadwinner died – often prematurely. The Order’s top-rated insurance program continues to do this today, as do individual Knights, who last year gave more than 10 million hours of their time to assist sick and/or disabled members and their families. In the Knights of Columbus, we watch out for and take care of one another.

Members of the Knights of Columbus, be they Americans, Canadians, Mexicans, Cubans, Filipinos, Poles, or Dominicans, are patriotic citizens. We are proud of our devotion to God and country, and believe in standing up for both. Whether it’s in public or private, the Knights remind the world that Catholics support their nations and are amongst the greatest citizens.

Business meetings for Council Knights third Tuesday of each month, 6:00 PM for Assembly meeting and 7:00 PM for Council meeting in O’Connor Hall. www.kofc-alabama.org/join-us.